Most criminal defense attorneys have been asked the question “How can you represent someone that you know is guilty?” There are many ways to answer that question, but an April 26, 2017 decision by the Minnesota Supreme Court provides some insight. There are often significant legal issues to address even when a person has clearly violated the law, and the answers are not always clear. The job of the defense lawyer is to find and make arguments about how the law applies to each case. Here’s a good example.

Sometimes even judges disagree, but it can mean the difference between going to prison or just paying a fine.

In State v. Boecker (A15-1058), Mr. Boecker was stopped for DWI in January 2015. His blood alcohol concentration was 0.14, which was over the 0.08 legal limit. Ordinarily, that would be a misdemeanor DWI. If he pled guilty or was convicted at trial, he would likely receive one year of probation with little or no jail time and a modest fine. But this driver had a history. In 1997, Mr. Boecker caused a car accident that resulted in another driver suffering serious injuries. When the accident occurred, Boecker had a blood alcohol concentration of 0.13 and no valid driver’s license. He pleaded guilty to one count of criminal vehicular operation resulting in substantial bodily harm and he was convicted in 1998.

Based on that conviction from 17 years earlier the prosecutor in the 2015 case filed felony first-degree DWI charges and fought to send Mr. Boecker to prison. Mr. Boecker’s attorney argued that the prior offense could not be used to enhance the 2015 charge to a felony DWI with a prison sentence, so the case should be handled as a misdemeanor. After hearing the arguments of the lawyers the court ruled that the prior offense could be used to enhance the current charge to a felony and sentenced Mr. Boecker to four years of prison. Mr. Boecker appealed to the Minnesota Court of Appeals and lost. As he remained in prison, he further appealed to the Minnesota Supreme Court. The decision of the Minnesota Supreme Court illustrates how there is often room to disagree about how to interpret a law. Ultimately, a majority of the Supreme Court judges ruled against Mr. Boecker, while 2 judges dissented and explained why they believe the law does not allow the 2015 case to be prosecuted as a felony.

Minnesota’s first-degree DWI statute does not provide that a 1998 conviction for criminal vehicular operation can be used to enhance a DWI charge to a felony. But a majority of the Minnesota Supreme Court judges concluded that the Minnesota legislature intended to include it. The Supreme Court judges who dissented explained why they disagreed. The dissent in this case helps explain how and why criminal defense attorneys represent someone that they know is guilty. Citing fundamental principles of law, here’s what the dissent said.

Role of Each Branch of Government in Criminal Justice

Each of the three branches of government has a constitutionally distinct role in the criminal-justice system.  The executive branch, as the State’s representative, has the authority to decide whether to prosecute a case and which charges, if any, to bring.  The substance of the criminal law originates in the legislative branch, which has the exclusive power to define by statute what acts shall constitute a crime and to establish sanctions for their commission.  The judiciary’s role, by contrast, is limited to interpreting and applying criminal statutes; conducting the trial; and overseeing the final disposition of the case, including imposition of the sentence. It is the job of the courts to interpret a criminal statute, particularly when the parties disagree about its meaning, but the courts must carefully guard against the creation, by judicial construction, of criminal offenses not within the contemplation of the legislature.

The Language of the Criminal Statute

The Role of Courts and Lawyers

This case serves as an example of the important role of the courts, and the lawyers who represent people charged with breaking the law. Sometimes the lawyer can make the difference between going to prison for a felony conviction and going home after pleading guilty to a misdemeanor and paying a fine. In this case, the court rejected Mr. Boecker’s arguments and sent him to prison; but at least his lawyer stood up against the prosecutor and fought for him. That’s the way the system is supposed to work. That’s why lawyers willingly represent people, even when they know they are guilty. 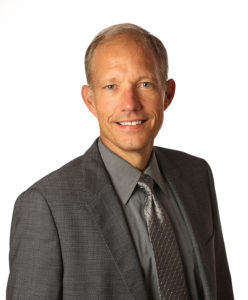 If you or someone you know needs advice about how to handle a DWI charge in Minnesota, please contact me to get you the help you need. I understand how serious a DWI charge can be, and how it can affect your life. I can help. If you make the decision to work with me I will take good care of you and be with you every step of the way.

As an experienced Minnesota criminal defense attorney experienced with handling DWI charges, Bill Sherry understands that legal problems don’t always happen during ordinary office hours. If you are facing a legal problem and need to talk with a lawyer right now, call Bill Sherry at 952-423-8423 for a free consultation.